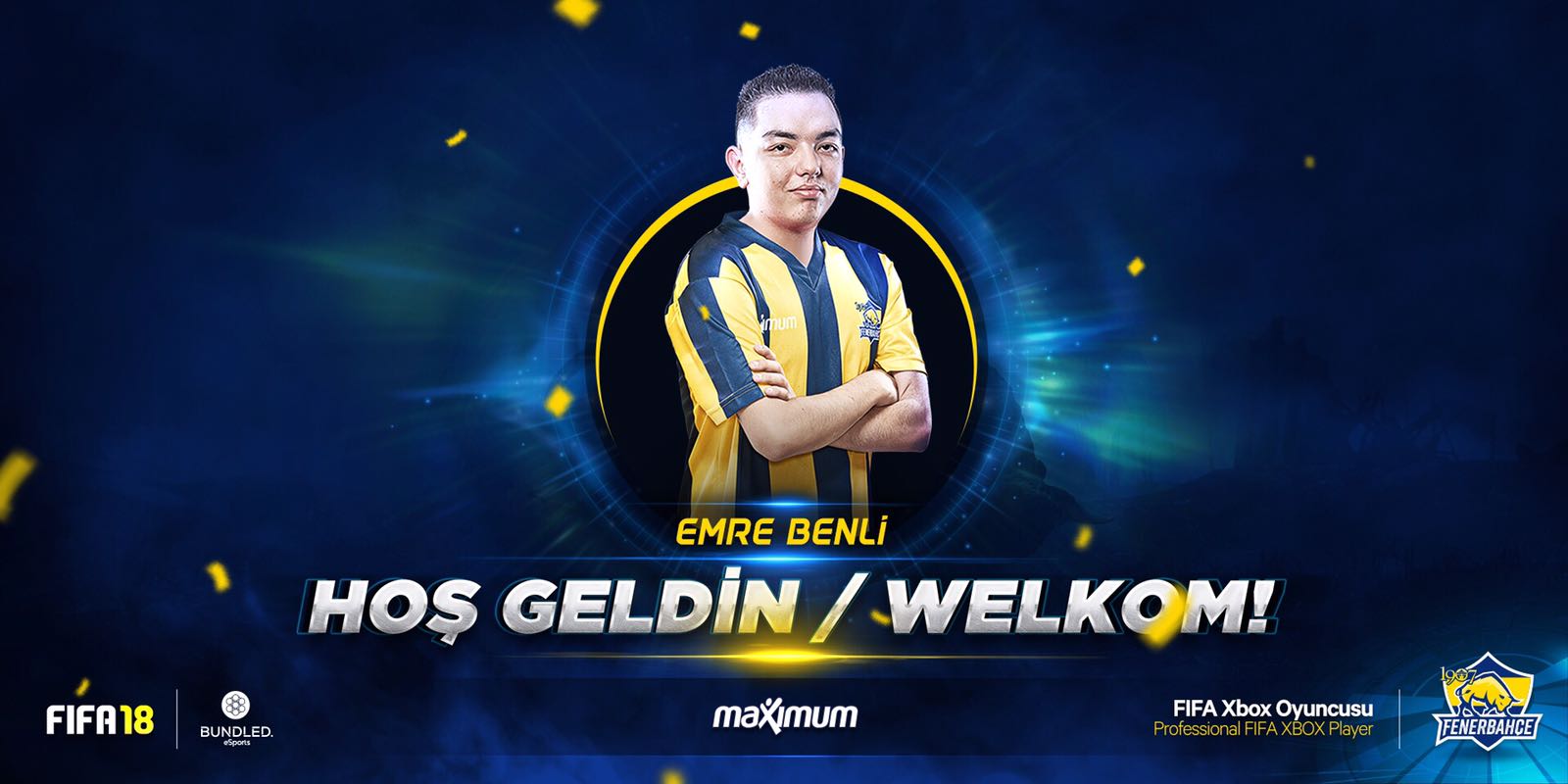 After signing the contract today, Emre Benli has officially moved to 1907 Fenerbahçe Espor. His first response after signing for the Turkish football giant, was: “This is a dream come true. I am really proud of this move and I especially want to thank Bundled, who are my coaching and management agency, and Fenerbahçe for making this transfer happen. I would also like to use this opportunity to thank Delano Limaheluw (CEO of Bundled eSports) because he believed in me and helped me to get where I am today. I’m looking forward to play for Fenerbahçe, to become world champion and to ultimately make the fans proud.”

Emre Aksoy, general manager of 1907 Fenerbahçe eSports, was delighted after the parties came to an agreement with each other: “My job is to follow as many eSporters as possible. I have been following Emre for quite a while, but I didn’t know he was such a massive Fenerbahçe fan. Because Emre has been playing really well and plays on the XBOX, he is a great addition to our squad.” Aksoy referred to Benli’s performance in qualifying for the FUT Champions Cup in Barcelona, his steady world-class performance in the Weekend League and his current semi-final spot in the Global eLeague which will be played next month.

Partnership Bundled and Fenerbahçe
“We started our Fenerbahçe eSports team back in 2016 together with our sponsor Maximum Card, which is the creditcard bank of Isbank, Turkey’s largest private bank.” Aksoy continues. “During Emre’s transfer I got to know and work with Bundled’s team. This is a nice chance for us to develop a good partnership for the upcoming years.” Melvyn Wolthers, Founder & CEO of Bundled, commented: “I also think this is a nice chance to develop a long- lasting relationship with Fenerbahçe. We are very proud of Emre for earning this international transfer. This is another international transfers in a short period of time in which we are involved and what signifies the trend of the eSports market. We look forward to working together with Fenerbahçe and hope to develop their esports team further in the right direction.”

Although Benli is now playing for Fenerbahçe, he will still continue to compete in the Global eLeague on behalf of FC Twente: “As FC Twente have been very good to me during my time here, I would like to finish what I have started. I want to show them the respect they deserve”, Benli commented. Simultaneously he will be competing in the FIFA eClub World Cup this May on behalf of his new club. Closer to date, Benli will be competing in the ‘Balkans Cup’ along with his Fenerbahçe teammate Emirhan next week.