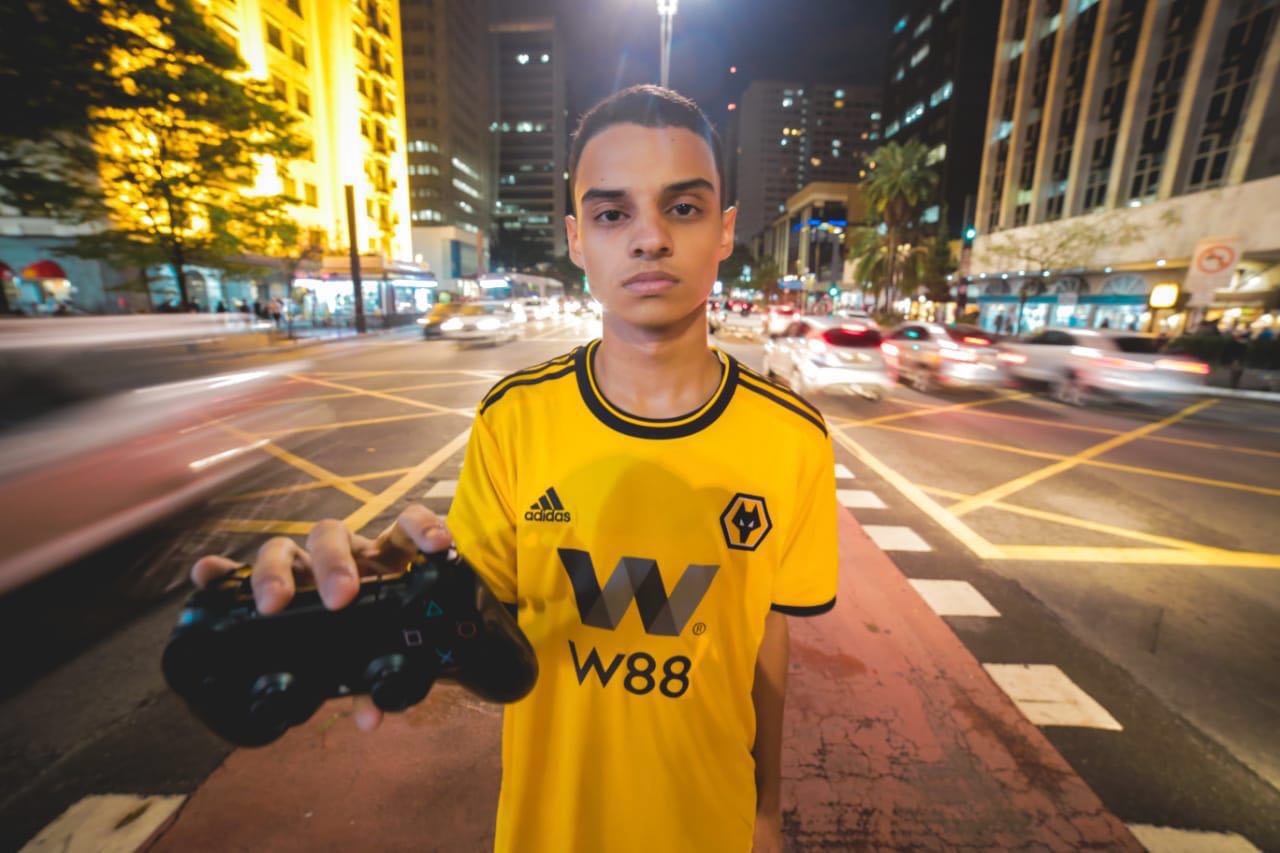 Wolves has expanded its eSports team by adding Flávio Brito, an 18-year-old Brazilian from São Paolo.

Flávio becomes the first Brazilian in history to represent a Premier League club in eSports. He will partner up with Torin Page, who was announced last month and will represent Wolves for the FIFA 19 season on the PlayStation 4.

Flávio, also known as ‘FIFILZA’, is one of Brazil’s most talented FIFA players. He started playing competitively on FIFA 17, where he immediately made an impression by qualifying for both the Vancouver and the London regionals, in ninth and fourth place respectively in the Americas region. Unfortunately, due to personal circumstances he was not able to compete at both championships.

Last season he continued to impress under the name ‘TH1AGO99’ and qualified for the Manchester regional as number one from Brazil and seated as number five worldwide with a 157-3 record overall. Flávio also qualified for the Amsterdam Regionals through the Last Chance Weekend with a 40-0 score in total. Again, due to personal circumstances, Flávio was unable to participate.

Despite his young age, Flávio has already gained some offline experience when he participated in the Gamer Cup this August. This is the biggest offline FIFA eSports event in Brazil, where he eventually reached the semi-finals.

With TheTurin27 on his side and the support of Wolves and the club’s eSports partner Bundled, Flávio is determined to embark on a successful professional eSports career with the West Midlands club and says: “it’s a dream come true”.

Flávio said: “Playing in Europe for a club in the Premier League, the biggest football competition of the world, is something I dreamt about.

“It is also very special to become the first Brazilian in history to represent a Premier League club in FIFA – I didn’t realise this at first and it makes it extra special. I’m looking forward to excite the fans with the Brazilian football style, ‘joga bonito’, when playing FIFA.”

“I’m really looking forward to watching Wolves play for the first time at Molineux and to meet the board, especially Robert Plant who wrote Stairway to Heaven, my all-time favourite song.”

“I can’t wait to start playing FIFA 19 for the club with well-known eSports player like my teammate Torin.”

Wolves head of marketing Russell Jones said: “In collaboration with our eSports agency Bundled, we have been able to sign Flávio – the best FIFA eSports player in Brazil in his age category.

“We are very excited that he will be joining Torin in the Wolves eSports team, and believe this will give us an even better chance to compete at the highest level in our debut season, and at the same time help us reach out to new and existing fans in Latin America.”

Bundled’s Managing Director Melvyn Wolthers added: “We are very proud and excited that Wolves added Flávio to their eSports team alongside Torin. The preliminary process of this transfer was at times very intensive and complex and without the support of our Brazilian partner, Renato Sa Neto, president of eLigaSul, this would have been much more difficult. So, we would like to take this opportunity to thank Renato and his team for all their endeavours. The Wolves team is now complete and we are really looking forward to the new season which starts on Friday with the first Weekend League competition.”